With three months to go until Feed Additives 2017, Feedinfo News Service touches base with Simon Bentley – a veteran commodity market analyst and Managing Director of Singapore-based consultancy firm Commoditia. In Frankfurt, Mr. Bentley will be providing an outlook for the global amino acid industry and will look at key developments in raw material markets as well as supply and demand issues impacting fermented feed ingredients.

From a general perspective, most amino acids are produced in a handful of countries. China is a dominant producer, followed by the US, parts of South East Asia, Brazil and Europe. Corn is the most important raw material for the production of these products, followed by sugar cane and cassava with wheat perhaps becoming more important. But a recent development which began at the start of 2016, and which has continued to play out in 2017, is that China has finally started to reform its corn market, ultimately leading to a closing of the gap between western and Asian corn prices.

Bentley explains: “Europe was once a major producer and consumer of fermentation products but much of this production shifted to China because that is where the growth in demand was but also because labor and processing costs were very competitive in China. What is interesting is that carbohydrate prices were never particularly low in China since the entire Asian region has been deficit carbohydrates for a long time. This led to a very strange situation whereby China essentially imported raw materials from the western hemisphere, at relatively high cost, transformed these into fermentation products and then re-exported these back to the west and particularly Europe.

The logic of this trade really started to hurt by 2016 since for several years the Chinese government had also been intervening to support local corn prices. It spent, indirectly, many tens of billions of dollars in price support”.

“The changing financial outlook in China has brought this policy to an end and Chinese corn prices have since started to converge on a more normal freight relationship with the US Gulf corn price. Since there is a lot of Chinese capacity in amino acids and vitamins, this has meant that product prices have also tended to follow down local corn prices, which were already relatively low because of very well supplied world grain markets”, he adds.

According to Bentley, such dynamics have also driven down the price of cassava in South East Asia since this gets priced off Chinese corn. At the same time prices for sugar (a major raw material for fermentation in Brazil) have followed a different cycle and were increasing through 2016 before falling back through 2017.
“In short there has been a rebalancing of the competitiveness of western and Asian raw material prices”, he comments.

Though it might appear short term that Asian costs are getting more competitive, Commoditia’s Managing Director in fact thinks the opposite is happening.

“China has a fundamental problem with corn productivity which is partly behind the policy change. Short term prices in Asia might, relatively speaking, be lower but I think fundamentally China is losing its competitiveness in production and this should lead to the second main development in supply which is the migration of production elsewhere reversing some of the developments of the last decade or so”, he says.

Bentley goes on to say: “South East Asian cassava looks particularly cost competitive for fermentation in some regions and I believe more of the Asian market will eventually be supplied from this raw material base. At the same time the logic for not producing in Europe is rapidly changing since this is where big markets are and local grain prices are now at competitive levels unlike in the past. I think some production should migrate closer to Europe. I would argue that we are already seeing this with new fermentation capacity being built in Eastern Europe and Russia due to very low cost wheat or even corn”.

Demand for amino acids is mainly impacted by the slowing pace of meat and feed grain consumption, particularly in East Asia, as the Chinese market matures. And with the narrowing of the differential between soybean and corn prices, a relative abundance of vegetable protein in the world can be seen at the moment. At the same time, there is a trend towards increasing concentration of livestock production in a few efficient locations and greater exports of final meat products from these origins.

“I would argue that these trends reinforce the developments on the supply side since increasingly, producers will need to find a very efficient raw material cost base for both carbohydrate sourcing and meat production as one of the main engines for growth in the market (East Asian demand) reaches a greater level of maturity. But what is also interesting is that there is now growth in meat demand and exports from locations such as the Middle East which have no natural carbohydrate base and which must import grain from within the region, e.g. from the Black Sea”, Bentley says.

“Overall, while China will continue to dominate these markets, 2017 probably marks something like the start of a new direction in sourcing for feed ingredients”.

Another short term factor to look out for, says Bentley, is probably the development of the 2017 La Nina since this can affect corn, soybean and sugar prices in different ways. At present the outlook is relatively benign and a neutral ENSO is forecast to evolve into a weak El Nino with something like a 50-50 probability.

“Some forecasters are already calling support for corn prices on recent US Midwest weather but the consensus is generally that a very rapid change in weather conditions over the summer would be needed to upset what are very well supplied carbohydrate markets. That weather risk will be out in the market in a month or two so the key period for raw material purchases is likely to be the next few weeks. On balance, unless the weather is very surprising corn could drift down more. While the Chinese government seems to have set its course on corn policy, any pullback would also move corn prices. The main downside risk I currently see developing is a stock market or financial upset. Equity valuations keep improving in the face of some very difficult news and any sell off would bring down carbohydrate prices”.

Moving forward, Commoditia’s MD advises producers to keep an eye on carbohydrate availability, particularly corn availability, the direction of corn policy in China and the extent to which existing product production capacity, especially in commodity grades of amino acids, is rationalized or brought into line with demand, particularly in China.

He comments: “The world is well supplied with carbohydrates so it could still take a couple of years for stocks to really unwind and for a strong rally to begin. If China continues its current policy direction this will help the correction in corn prices, especially if stocks continue to come down and corn plantings retreat further. And then, with product margins and prices under pressure there will likely be some further rationalization. What I think will continue to happen is that new capacity will be increasingly recycled to more efficient locations. So while strong price increases may be some way off producers will have to reposition further towards the bottom of the existing cost curve with their new investments”.

And finally, when asked how fast he sees the high-end amino acid sector (valine, leucine, isoleucine, glutamine and hyaluronic acid) growing, Bentley believes at least double digit growth in volumes can be expected in most of these segments as the main producers have a strong incentive to push sales as business in the commodity segment of amino acids comes under pressure.

“But with strong competition and, as we have seen, overall pressure on prices for feed additives for the near future it might be harder to see comparable growth in prices and thus values. Still, this must be one of the dominant trends going forward”, he argues. “In addition to finding ever more competitive raw material supply bases the speciality end of the market will be pushed hard to maintain margins, at least until there is some capacity rationalization in the commodity segment of the market”. 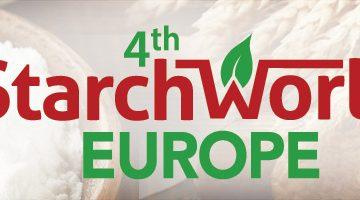 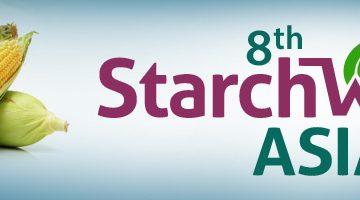 The changing dynamics of tapioca markets 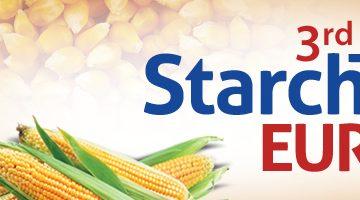